Any Paid or Permanent members around? I'd like to add Flayrah's newsbyte feed as

flayrah) but the syndication form (at the bottom) won't let an free account add one. (It'd be nice if that form accepted HTTPS URLs, but it seems to work through redirects.)

The BBC was doing it, so why not? It's my first election for over a decade…

Overall, I come out as liberal with certain reservations. The Liberal Democrats tended to win my vote based on specific, implementable policies representing incremental improvement which don't give or take away too much. Apparently I like the Alliance Party, too - usually when the Lib Dems aren't being idealistic enough; the Oxford Manifesto still has a lot going for it, despite ongoing challenges.

I agree with some Green "big ideas", but their red lines on nuclear energy and defence make me unlikely to vote for them. I also doubt their ability to fund their ambitious policies, and have concerns over the competence of their local representatives. (The Lib Dems, for all their faults, still have significantly more members with practical government experience.)

I clearly didn't support either of the two leading parties. The Conservatives are too authoritarian and too eager to cut social services - I'd categorize their approach as prescriptive, yet unsupportive. They tend to offer economic policies that I can cautiously approve of, then ruin it with a cheap play towards social conservatives.

For Labour, the issue is offering too much to everyone, except for immigrants (e.g. guaranteed jobs, benefits), and being keen to do things which sound good but are a) expensive and b) unsupported by evidence (such as cutting class sizes) - they've also ruled-out many opportunities to raise revenue, which I find fiscally unsound.

Europe is a big part of the UK's future; even if I disagree with aspects such as agricultural policy and the "freedom to be forgotten", these are best negotiated from inside the system. Labour isn't saying too much about this, while the Conservatives seem to want to punt this to a referendum which they expect won't pass. I sense pressure from UKIP in this and other major party decisions. (Fewer will compare UKIP with the Lib Dems - though I suspect their pro-Euro stance hurts them vs. Lab/Con.)

Education is tricky - I'm not opposed to a moderate level of university fees, but they can discourage people from going, and if we think as a society that most people should be getting university-level education - reasonable, given increasing lifespans - it can probably be managed more efficiently through a central system. For similar reasons, I don't favour academies, let alone free schools. But I also support performance-related pay, so I can't support the Green position.

I can't vote for the SNP, but if I could I'd probably classify them as similar to Labour, but more ideologically pure. I'm glad Scotland didn't leave the UK - I think it would have been a bad idea (especially for them, given the recent drop in oil prices) - but I don't oppose further devolution, as long as that comes with greater responsibility for raising the funds to support their social projects.

Overall, it's good to have more parties involved in the policy debate; but we need proportional representation to make it work properly (I favour range voting - hey, it worked well enough for Inkbunny's t-shirt competition). Failing that, I won't be too disappointed with another Lib Dem coalition, as they're able to moderate the worst excesses of both major parties - though naturally, I'd prefer them to be the majority partner! :-)

I almost forgot to mention it here, but WikiFur, Inkbunny and Flayrah are all up for the Ursa Major Award again this year. If you like one or more of them, you might vote for them, and encourage others to visit.

Here's what a few things which happened on each site last year: Inkbunny - WikiFur - Flayrah - note, they are all team efforts.

Many furries think raising money to support needy animals is a good thing. From a purely promotional point of view, it's also nice to be able to say you "raised $$$$ for fuzzy critters". As a result, many furry conventions do it.

Charity might seem like a win-win, but there are opportunity costs. Fundraising involves volunteer time, and sometimes money, which could otherwise be spent on awards, food, fans, guests, etc… - things which often relate more directly to the enjoyment of attendees, and the celebration and development of furry-related arts and crafts.

( While charity events can be entertaining, particularly when live animals are involved, there are often trade-offsCollapse )

Inkbunny uses one of HP's RAID controllers. I've gotten intimately familiar with it over the past week while transforming Inkbunny's submissions array to RAID 5. It's pretty sweet.

I recently found out about a new feature it supports called SSD Smart Path. Unfortunately, for our purposes, it's not all that smart to use it.

One of the way RAID is meant to help is that it gives you more I/O operations per second (IOPS) by ganging together multiple drives using a dedicated processor. However, many enterprise SSDs are capable of so many IOPS that this system becomes a bottleneck when you place large numbers of them together in an array.

The solution? Rewrite the driver so that reads go almost directly to the disk, bypassing the RAID stack as far as possible.

( Sounds sweet. Here's the problem: *It disables the RAID write cache on your SSDs, which may be slow at writes*.Collapse )

Well, guess what ended up in the news again? (For a summary of the issue that got them interested in the first place, see Flayrah's article about the chlorine attack at MFF.)

The focus seemed to be on relationships and identity (particularly homosexuality), but hey, I'll take that over fictional sex parties! And I'm glad he took my suggestion to talk to (now Dr.) Nuka, who was able to provide hard stats.

I just found my old new glasses! They were slipped into a con bag for Midwest FurFest 2008 (I have them back to '05, my first con).

I knew I'd bought two pairs with the fancy coatings and suchlike, one oblong and plastic, one round and metal, but I lost the latter shortly after purchase. Never did know what had happened to them. Now I do.

And gosh, things look so much better than my scratched-up pair from . . . well, 2008 as well, but I've been using them them and the coating's worn away. These are mint - colours are more saturated and everything looks that bit sharper. I'm getting that headache that I do when my prescription has changed, but man, it's worth it.

The moment you realize your time's better served filing issues than resolving them: 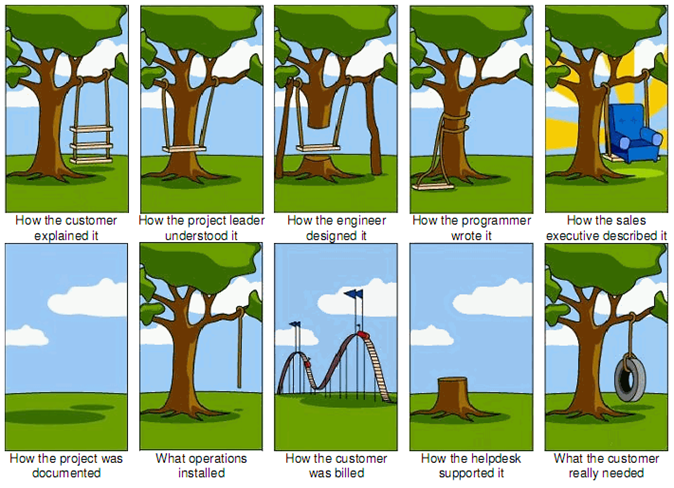 Then again, ( maybe they figured I needed one issue a day!Collapse )

For those of you unaware: I'm now owner and lead administrator of a major furry art website.

This has been coming for about three months; it'll probably take another three until things are completely settled. There's a lot to do, and I have some big shoes to fill, but it's quite exciting, no?

Apologies if I'm a little more absent-minded than usual - I have a lot on my plate right now!
Collapse